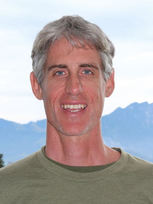 Matthias is a senior yoga & meditation teacher. He studied with many international yoga teachers:In meditation he is studying in the Bon lineage Maha Mudra/Dzogchen with Dan Brown. He as well is a certified heart listening trainer and coach, certified with Dominique Meeroff.​
As a leader and facilitator in modern Yoga movement he co-founded:With these platforms he is sharing Yoga Spirit and Community wherever he goes, thus helping to spread an understanding of a new culture of conscious being and an embodying of the new planetary human.​
Settling down in Lugano he is offering yoga and meditation group classes and personal training. Focusing on a heart centered growth and a liberating exploration of body, mind and spirit.
He is also working as a therapist, using the Theralogy method, which is treating the source of your physical ailment.
Through reactivating self-healing of the inner organs and the affected body tissues.
Insegna in Tedesco ed Italiano.